WELCOME TO THE JAKO NEWS BLOG

The third home jersey for the VfB Stuttgart was designed together with the band „Die Fantastischen 4“. 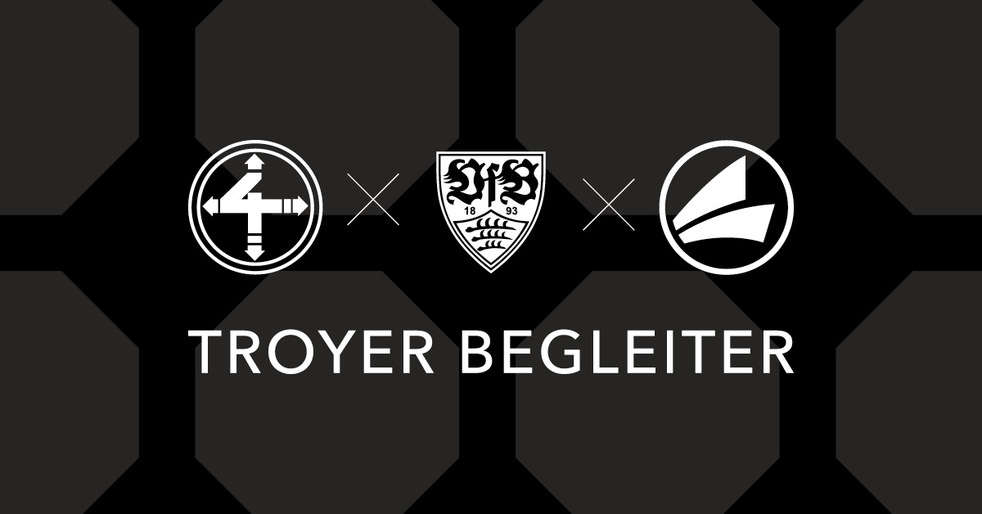 On the occasion of their 30th stage anniversary, the german band „Die Fantastischen 4“ designed a unique jersey together with us and the VfB Stuttgart.

The central element of the jersey is the year 1989, in which not only JAKO but also „Die Fantastischen 4“ were founded and VfB Stuttgart reached the legendary UEFA Cup Final against SSC Naples.

Under the motto "Troyer Begleiter" (Loyal companion), the clothing uniquely combines the style of the hip-hop band with the one of their home club. The basic idea for the jersey and the associated collection was already developed in a joint workshop last summer. Following the stage outfit of the Fantastischen 4, black clothing and white sneakers, VfB's matchwear consists of a black jersey, black trousers and white socks.

The shirt is designed with a tonal honeycomb structure inspired by the Stuttgart matchwear from the UEFA Cup final. The "8993" supplier logo, specially designed for the collaboration, is placed on the right chest area and alludes to the respective founding years of the three partners. A flag label with the badges of the partners and the words 'Troyer Begleiter' is attached to the hem and can also be seen in the neck area together with the stylized 8993 logo.

The VfB club badge above the heart, the lettering of the main sponsor Mercedes-Benz Bank with star and the logo 8993, as well as the EQ logo on the sleeve are haptically inspired by the late 80s. The symbols are attached to the jersey with a traditional flock process, which gives them a velvety soft surface.

Anyone who wants to appear as a ‚loyal companion‘ on Stuttgart's streets wears the styles of collaberation. JAKO, VfB and „Die Fantastischen 4“ have designed a sportswear collection consisting of two T-shirts, a club jacket and a hoodie with debossed motif based on the design elements of the jersey. White socks with 8993 fabric round off the series in the Fantas style.

Christoph Rohmer, Head of Marketing | Sponsoring at JAKO, says: "It was an emotional and a special moment to present this jersey and the collaboration here in the Stadtpalais. The jersey and all the styles inspired by it were created in close and personal collaboration with VfB and the Fantas represented by Michi Beck. As a team sports brand from the region around Stuttgart, we understand the special and long-standing relationship between the club, the band and their city. We are happy that we are the supplier who now accompanies this great project in the truest sense of the word 'troy'. This proof of trust from VfB and Fantas makes us extremely proud".

Jochen Röttgermann, Marketing and Sales Director of VfB Stuttgart, says: "We are proud to carry out such a unique project with our unique partners JAKO and „Die Fantastischen 4“. This sportlifestyle collection combines the unique DNA of our hometown: football and hip hop. In terms of fashion we are well equipped both on and off the pitch".